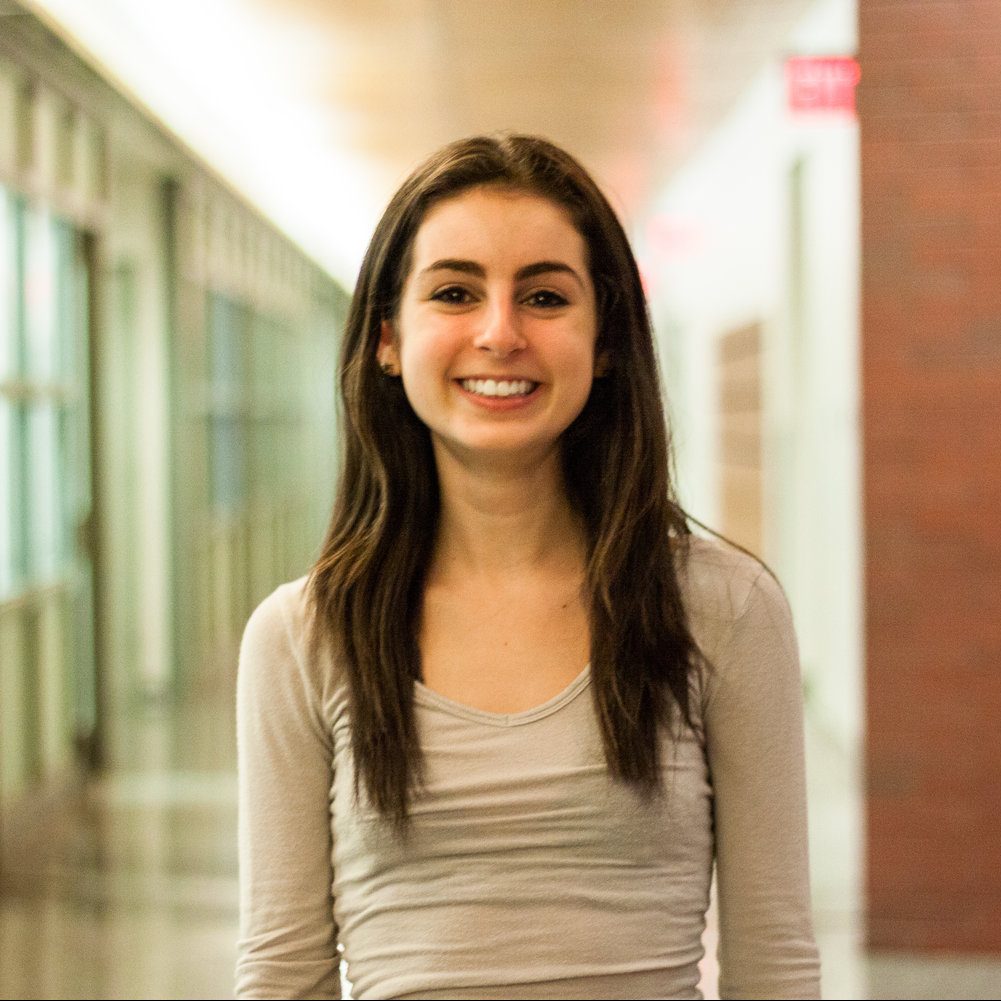 When Caroline Okun arrived on the Penn campus 4 years ago, she knew that she wanted to major in a discipline that tapped into her quantitative skills. Although Math had been her favorite subject in high school, she was open to exploring new subjects. In fall of her freshman year, Caroline enrolled in math, physics and introduction to computer programming, CIS 110.

Although Caroline had never programmed before, she found that she loved CIS 110, and was drawn more to her programming assignments than any other subject. She also enrolled in the Penn Emerging Scholars Program (PESP), a non-credit workshop in which students solve logical, algorithmic problems in small groups under the guidance of peer leaders. Caroline found that she liked the computational thinking involved in PESP and she became a peer leader in her sophomore year.

In addition to her coursework, Caroline jumped into extracurricular activities, internships and undergraduate research. She joined the board of the Women in Computer Science (WiCS) because she liked the club’s mission to foster a community for women in tech at Penn. She especially enjoyed her two independent study courses, which gave her an opportunity to do undergraduate research. She built a chatbot with PhD student Joao Sedoc, who is now an Assistant Research Professor at Johns Hopkins University. She also did a research project in discrete math with Computer and Information Science Professor Anindya De. Summers after sophomore and junior years she interned, first for Google, working on Google’s payment fraud team, then for Palantir in software engineering and development. She committed to working for Five Rings Capital developing trading algorithms after graduation because the small size of this firm and the quantitative nature of the job appealed to her.

Caroline’s advice for incoming freshmen — don’t be afraid to ask for opportunities. Her independent studies, TA positions, and abroad experience were all a result of using Penn’s resources and taking chances. Talk to upperclassmen and ask them what opportunities shaped their Penn experience if you need inspiration. Get to know professors and ask about their research. Undergraduate research is a great supplement to what you learn in the classroom. Sometimes it’s good to go to office hours just to get to know your professor. “You may not get everything you apply for and neither did I,” said Caroline, “but forcing myself to step out of my comfort zone and reach for what I want has been a huge lesson I learned at Penn.”